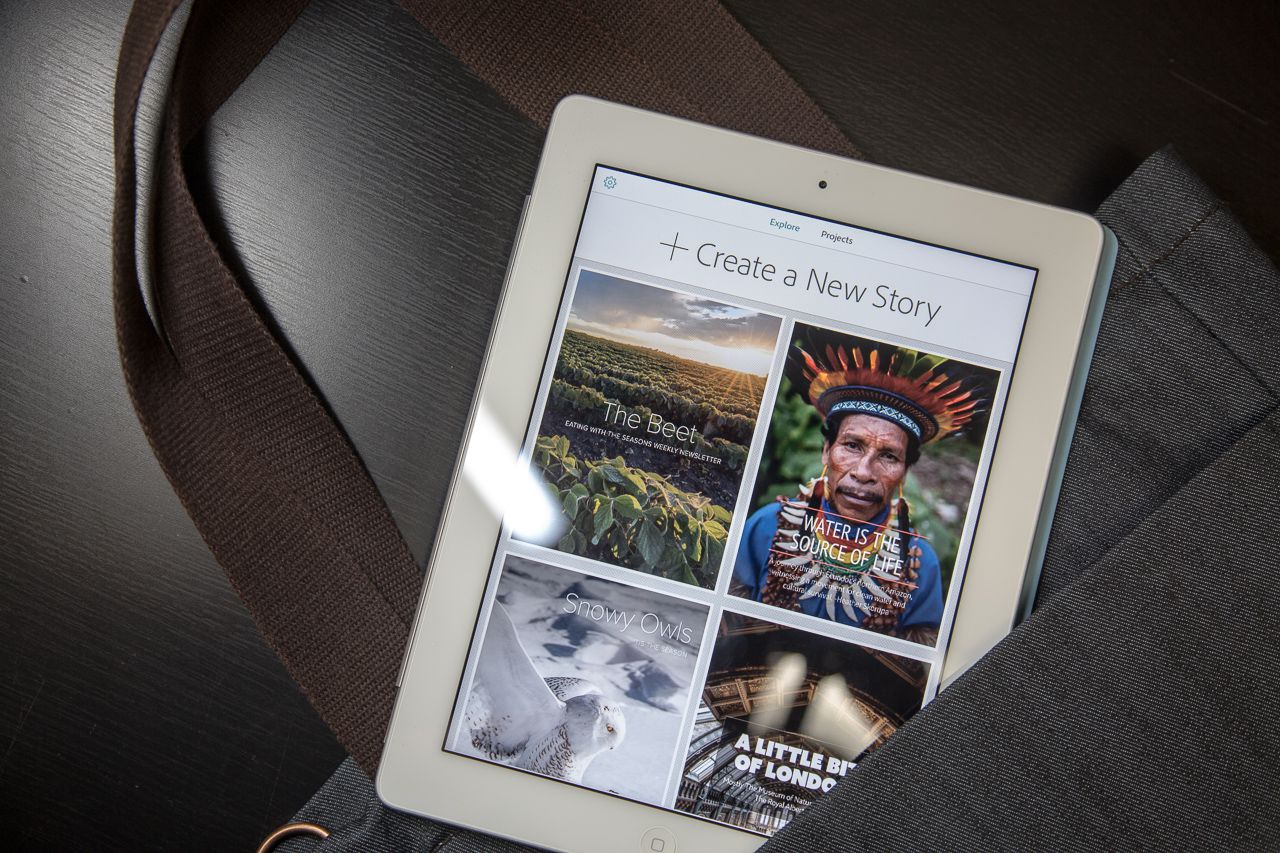 THE LAST TIME we saw  Comp CC, the newest tool in Adobe’s Creative Cloud suite, it was called LayUp, and creator Khoi Vinh had just demoed it at Adobe MAX 2014. It is, in essence, a responsive brainstorming app that recreates the early stage pen-and-paper sketching experience on an iPad. It complements Adobe’s marquee applications InDesign, Photoshop, and Illustrator.

Comp CC launches today, and it hews closely to the vision Vinh laid out for LayUp. “There’s a brainstorming stage for every designer,” says Vinh, who came up with the idea over a year ago when Adobe VP Scott Belsky sought his ideas for new digital tools. “But I think there’s an unmet need, because pen and paper have been the tools of choice. With touch devices there’s this opportunity to get the best of both worlds, and to work as quickly as you could on paper, and be as disposable as paper.”

With Comp, Adobe wants to augment its role in the designer’s workflow. Adobe already is instrumental in the execution stage because of those three principle apps. But they are stationary tools, designed for the desktop. Comp is mobile. In an ideal use case, you can imagine someone waiting at the airport or sitting in a coffee shop. He’s got a looming deadline and needs to hammer out a layout. On Comp, with fingertip or stylus, he draws a square. Depending on the settings, Comp’s engine knows it’s a text or picture box. He draws another long rectangle; Comp knows that’s a headline box. Eventually, he has a passable layout. Each action takes just a tap or two, by design. Every interaction was built with speed in mind. “Why would we need to tap on a menu item to generate a circle,” Vinh said when we first saw the app. “Why wouldn’t we draw it?” Everything created in Comp can be quickly exported to other Adobe apps and finished on a desktop.

There are some refined details that weren’t available during last fall’s demo. In LayUp, Vinh showed how the app’s responsiveness would quickly turn messy, lopsided shapes into neatly aligned boxes. That’s still here, of course, but Comp has a more explicit gesture vocabulary, so a designer can learn a shorthand that allows adding details like rounded corners. Typekit libraries are fully available, and users can filter by style, by weight, or favorites. That’s a first for mobile creativity tools like this.

The other newer detail is that export button. With it, designers can access edited images from elsewhere, to get a better layout. They can also quickly bounce mock ups over to InDesign, to tweak the finishings. It’s hardly glamorous, but provides the seamlessness that is key to making a mobile experience work—and Adobe is committed to making it work. “Connected creativity, or the notion of creative profile library,” says Adobe VP Will Eisley, “That’s really the core of what the Adobe vision is.” 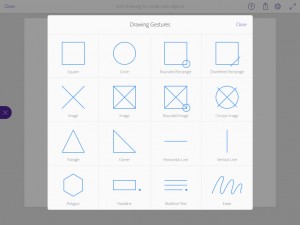 In this way, Adobe offers a new perspective on the iPad’s value proposition, which has been murky since its debut five years ago. Bigger phones and smaller, lighter laptops are only making it murkier. Eisley and Vinh know this—Vinh even wrote about it on his blogSubtraction last year—and remain undeterred. “The idea is that it lets you do what you do on paper,” Vinh says. “Setting up a specific dimension for the workspace, I think that’s really hard to do on a big phone. Screen real estate really matters. And the enormous detail that you can focus on, on a desktop app, to get into the details becomes a drag to creativity. Not that you’re not being creative, but you feel the obligation to get all the detail right. Tablets and touch interfaces just let you explore creatively.”

GET ₱100 OFF
Get a ₱100 discount coupon code now by entering your email. Don't miss out!
GET CODE
I agree with the Terms and Conditions.
We will never spam you, unsubscribe anytime.